Introduction to Nós do Morro 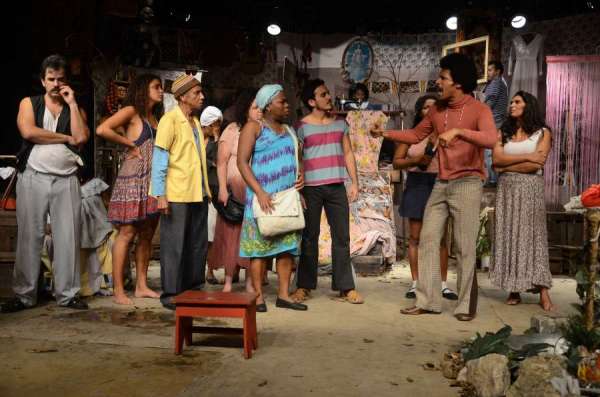 Cristiane Busato Smith, one of the Global Shakespeares Regional Editors for Brazil, has written an article on the theater troupe Nós do Morro.

Here is an excerpt:

Nós do Morro (Us from the Hillside) is a community based theatre company and school based in the Vidigal Morro, one of the largest favelas (shanty towns) in Rio de Janeiro, Brazil. Perched on a hillside overlooking the rich districts of Leblon and Ipanema, with fantastic views of the Atlantic Ocean, is the house where Nós do Morro has trained actors, technicians and other art professionals. Founded in 1986, it has over 350 participants, among them children, youngsters and adults who reside in the Vidigal Morro. In over twenty-five years, most of which relying on their meager finances, Nós do Morro consolidated its roots in the heart of Vidigal while also achieving recognition nationally and internationally.

Nós do Morro was founded by a group of friends inspired by the dream of journalist Guti Fraga, who wanted to create a cultural movement in the Vidigal community, similar to the ones he had seen in Harlem, New York. His idea was to use the local talent to portray the rich universe of the favela and create work of excellence. His conviction in the transformative power of art is clear in his successful history with Nós do Morro. As Fraga explains: “The only way to change stereotypes is through quality. That is the only way. One word that I don’t want near my work is pity. Pity is an ugly word. It makes the pitier feel better and the pitied feel worse. So you have to break through that emotion with quality, first and always.”