Hosted by the Korean Cultural Centre & Shakespeare Association of Korea

This workshop aims to introduce Korean Shakespeare Boom. Especially it will show how traditional Korean theatres are applied to Shakespearean productions. Hyon-u Lee and Daniel Gallimore will lead this workshop, and Yong Li Lan, Boram Choi, and Eleine Ng Hui Ru will read their papers. The workshop will also run in tandem with a Koreanized Taming of the Shrew by EDP, student drama club of Soon Chun Hyang University. Starting in 2007, this production has been staged successfully in Seoul, Tokyo, Nagoya, Singapore, New York, Boston, and Brisbane, receiving several awards at the College Student Shakespeare Festival hosted by the Shakespeare Association of Korea and National Theatre of Korea. This production was well acclaimed by professional reviewers, who gave it four or three stars, at Edinburgh Fringe Festival in 2015. The particular use that this production makes of traditional Korean dance, music and theatre makes it an effective model of the Koreanization of Shakespeare. 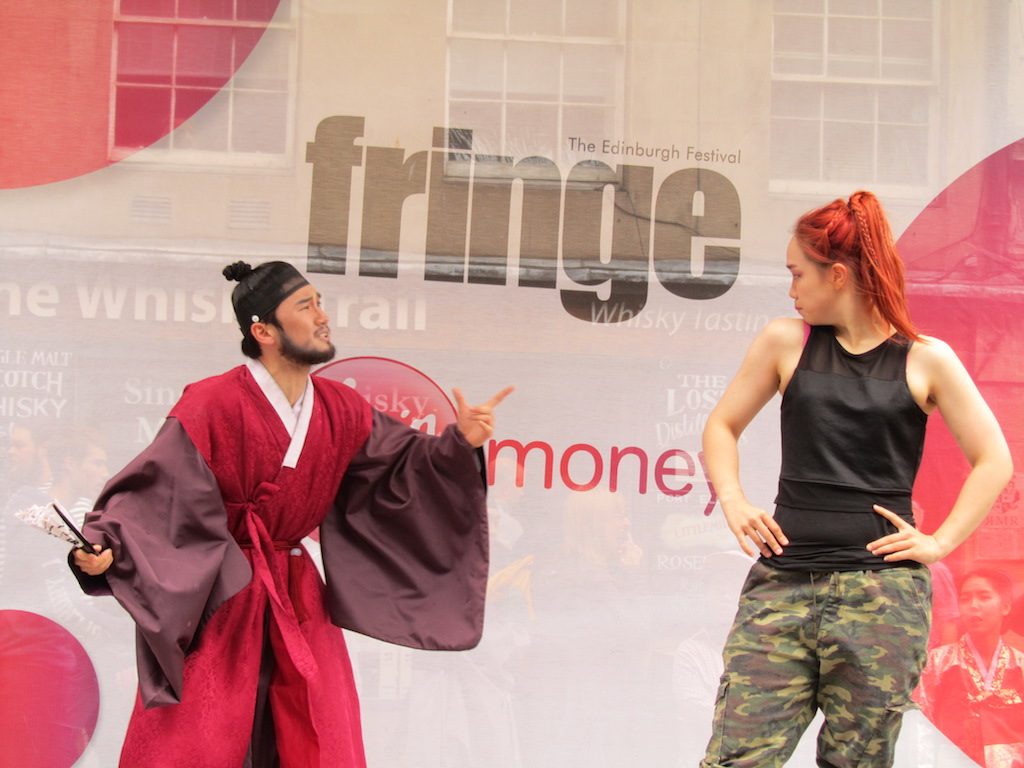 Petruchio (Min-joon Lee) faces Katherina (So-hyeon Jeong) in Act II, Sc. i. from The Taming of the Shrew at the 2015 Edinburgh Fringe Festival.