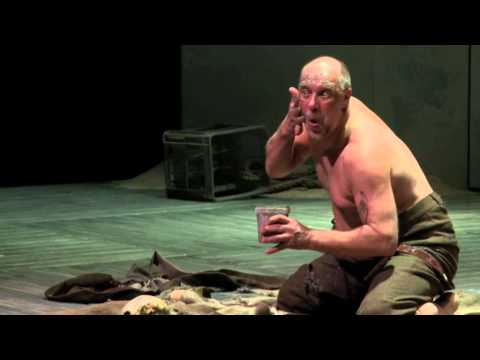 This production of The Tempest by Cheek by Jowl, a co-production with the Chekhov International Festival was first staged at Les Gemeaux, Sceaux, Paris, in January 2011, and played across North and South America, Europe and Asia. This was the second Shakespeare production in Russian that the company toured internationally (following Twelfth Night). The company had previously produced this play in English in 1988, but this production drew heavily on Soviet imagery to evoke provincial land ownership, the exploitation of workers and the evils of capitalism (Caliban tempted with a credit card by Stephano and Trinculo). With a chorus of Ariels carrying out their master’s wishes, a near-feral Miranda unaware of social niceties, and a metatheatrical interlude in which Prospero/Igor Yasulovich stopped the show and ordered the house lights brought up, the production repeatedly offered provocations against established modes of presenting the play.

Moscow’s Chekhov International Festival returns with a forceful new production of The Tempest. Cheek by Jowl’s Russian sister company brings to life this disturbing masque of power, control and illusion....more

Moscow’s Chekhov International Festival returns with a forceful new production of The Tempest. Cheek by Jowl’s Russian sister company brings to life this disturbing masque of power, control and illusion. Shakespeare juggles magic, laughter, danger and love with all the flair and freedom of his maturity.