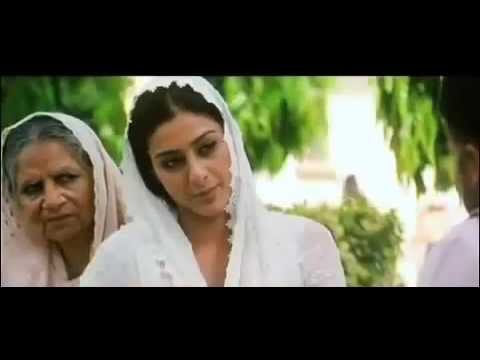 Maqbool is based on William Shakespeare’s Macbeth, with the Mumbai underworld as its backdrop. Maqbool (Irrfan Khan) is the right-hand man of Jahangir Khan (alias Abba Ji) (Pankaj Kapoor), a powerful underworld don. Maqbool is grateful and feels a close connection and personal indebtedness to Abba Ji. Seeing their close relationship, but also sensing Maqbool’s ambition, two corrupt policemen (Om Puri and Naseeruddin Shah) predict that Maqbool will soon take over the reins of the Mumbai Underworld from Abba Ji.

Nimmi (Tabu) is Abba Ji’s mistress, but she and Maqbool are secretly on love. Nimmi encourages Maqbool’s ambitions and persuades him to kill Abba Ji in order to take over as Don. Maqbool is torn between his love for Nimmi and his loyalty to Abba Ji, but he begins to prepare the ground for becoming a Don, by ensuring that others in the line of succession cannot interfere. Finally, Maqbool murders Abba Ji in cold blood while he is in bed at night, with Nimmi next to him. Maqbool gets away with the murder and takes over as Don, just as planned; but both he and Nimmi are haunted by guilt, seeing Abba Ji’s ghost and unable to wash the blood from their hands. There is also suspicion, within the gang, of Maqbool’s role in the death of Abba Ji, and eventually the lovers meet a tragic end.

In addition to the portrayals of the three tragic heroes, the film offers performances by supporting cast members, in particular Om Puri and Naseeruddin Shah, who open the film in their roles as black comic relief corrupt police inspectors-cum-astrologers, who predict the fall of Abba Ji—who has them on his payroll—and the rise and fall of Maqbool. Contrary to the original play, the corrupt cops are not just passive soothsayers. In an effort to sustain what they refer as “balancing forces,” they also actively involve in shaping events, like aiding in providing information to Abba Ji’s enforcers to wipe out a rival gang, using subtle nuances in coercing Maqbool to shift loyalties, deliberately botching an “encounter” attempt on Riyaz Boti (Macduff) and subsequently setting up an alliance between a rival politician (to the incumbent one, backed by Abba Ji) and a fleeing Guddu (Fleance) and Riyaz Boti against Maqbool.

Macbeth meets the Godfather in present-day Mumbai. The Scottish tragedy set in the contemporary underworld of India’s commercial capital; two corrupt, fortune telling policemen take the roles of the weird...more

Macbeth meets the Godfather in present-day Mumbai. The Scottish tragedy set in the contemporary underworld of India’s commercial capital; two corrupt, fortune telling policemen take the roles of the weird sisters, and “Duncan” is Abbaji, the head of a crime family. Abbaji’s mistress and Maqbool plot and carry out his death; the sea plays the role of Birnham wood.