MIT Global Shakespeares founding co-director and George Washington University English Professor Alexa has been named the Fulbright Distinguished Chair in Global Shakespeare at Queen Mary University of London and University of Warwick for 2014-2015. She has also received the American Council of Learned Society’s Frederick Burkhardt Residential Fellowship at the Folger Library for 2015-2016. She will be working on a book entitled Shakespeare and East Asia (Oxford University Press). 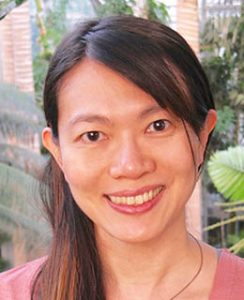 The Fulbright Distinguished Chair awards are designed for eminent scholars with substantial experience and publications in their field and ambassadorial skills with evidence of cultural sensitivity. The Chair will  deliver a free public lecture at the prestigious Gresham College (est. 1597) in London.The Burkhardt fellowships provide leaders in their fields with the resources to pursue long-term, unusually ambitious projects. The Burkhardt Fellowships are generously supported by The Andrew W. Mellon Foundation. They are named for Frederick Burkhardt, President Emeritus of the Amerian Council of Learned Societies (ACLS), whose decades of work on The Correspondence of Charles Darwin constitute a signal example of dedication to a demanding and ambitious scholarly enterprise.

Alexa’s book identifies three broad themes that distinguish interpretations of local cultures and Shakespeare in modern Japan,  Korea, China, Taiwan, and Singapore from their counterparts in other parts of the world: they are leading to a more equitable globalization in artistic terms, they serve as a forum where artists and audiences can grapple with contemporary issues, and through international tour activities they are reshaping debates about the relationships between the East and the West.

Asian interpretations of Shakespeare matter to Western readers because of their impact on American and European performance cultures,  as exemplified by the worldwide recognition of the works of Ong Keng Sen, Akira Kurosawa, and their peers. The history of East Asian Shakespeares as a body of works—as opposed to random stories about cross-cultural encounter—allows us to better understand the processes of localizing artistic ideas through transnational collaboration.