Romeo y Julieta, a new adaptation of William Shakespeare’s play, Romeo and Juliet, produced by OFF Teatre and directed by José Zamit was performed on July 3, 2012 at the Teatro Olympia in Valencia, Spain.

OFF Teatre, an alternative fringe drama school and theatre company founded by Rafael Cruz Izquierdo (Figueres, 1967 – Valencia, 2008) in 2003, has become the benchmark for the independent performing arts in the Valencian Community (Spain). This counter-cultural space, as originally conceived by Cruz, was created in response to those fundamental and collaborative ideas enacted by most European states during the consolidation of the EU at the beginning of the XXI century. Key terms such as research, self-financing, teamwork and cultural venture were masterfully combined in this new scenario by Cruz to help revolutionize the way we understand classical and avant-garde theatre in Spain. In this respect, OFF Teatre has always treated classical authors, including William Shakespeare, as an excellent educational resource as well as an endless source of inspiration.

Another important aspect to be highlighted from these new trends in contemporary European theatre that promotes OFF Teatre in Spain deals with the fruitful working relationship that Rafael Cruz established with the renowned director Peter Brook (CH, CBE) and the Centre International de Recherche Théâtrale (CIRT). A creative venture that makes the exchange of ideas and students possible and that, as you will see, allows actors and actresses to experience with the famous notion of “empty space” in their educational productions. And that is exactly what we can see in this production and adaptation of the William Shakespeare play Romeo and Juliet.

Without losing that fringe and independent style, this Romeo y Julieta produced by Pedro Giménez and adapted and directed by José Zamit, is not intended to be exhaustive but essentially popular to reach a new audience who enjoys these creative offerings. In fact, clothes, fashion accessories, contemporary filmmaking influences (e. g. Luhrmann) and even punk music add real value to this educational proposal. But, apart from these additional issues, the most significant change that we would like to mention appears at the end of the play, just when the traditional plot took an important turn and gives us a new glimmer of hope for a renewed vision of the future and union. Something that shall serve to compare these new European tendencies and that must also serve as a starting point for reflection, learning, research and discussion. 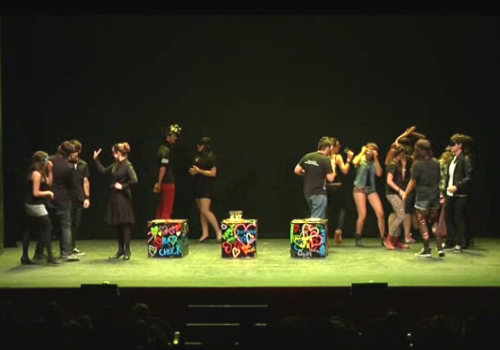 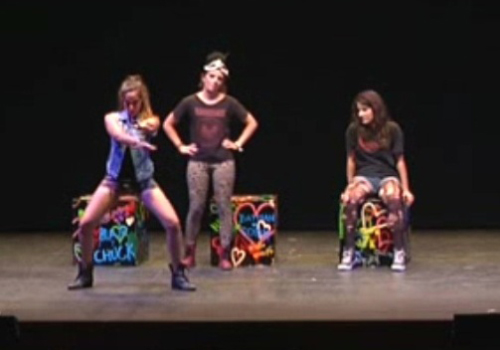 Act II, scene i – BENVOLIO, MERCUTIO [and other] 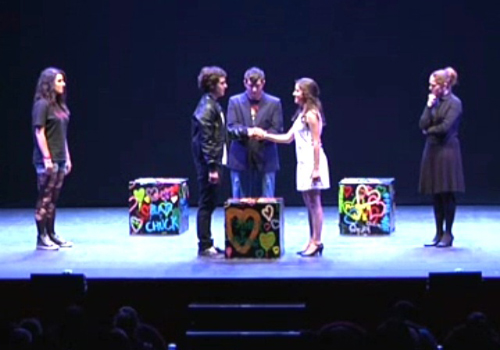 “For, by your leaves, you shall not stay alone
Till Holy Church incorporate two in one.” 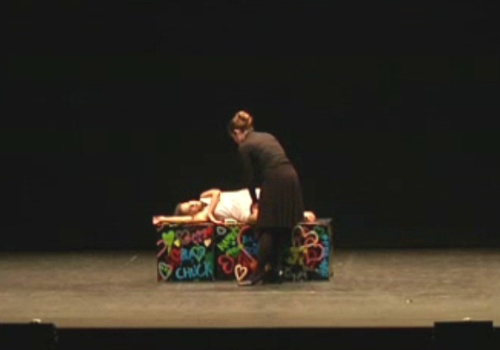