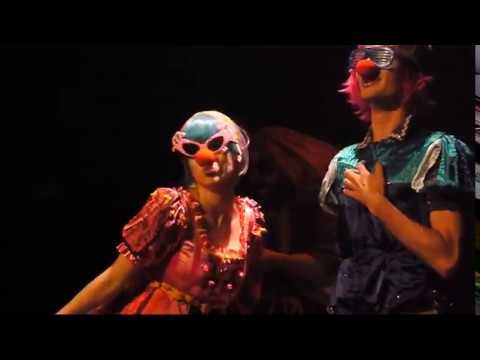 Highlight 1 of 3 – The meeting 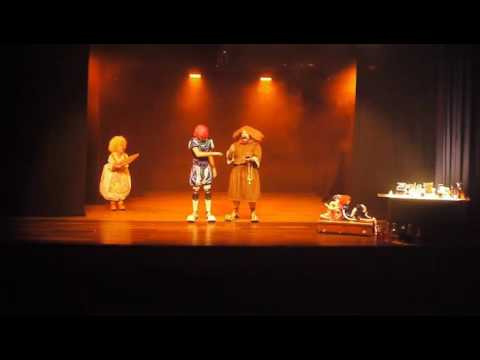 Highlight 2 of 3 – The sentence 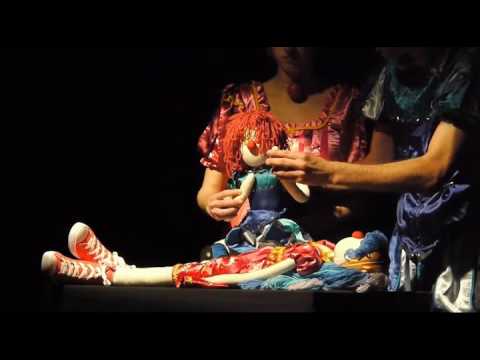 Highlight 3 of 3 – The suicide
prev next

The Elefants Theatre Company, an artistic group born from the Federal University of Santa Catarina (Universidade Federal de Santa Catarina), has been gathering momentum as a professional collective in the city of Florianópolis, state of Santa Catarina in Brazil. Among its members they have an experienced director as well as actors, dancers, language experts and a stage lighting professional.

The company came to life with a Shakespeare production (A Midsummer Night’s Dream) and, three years later, gained a boost from another of Shakespeare’s plays (Romeo and Juliet), which shows the company’s creative connection with the works of the Bard of Avon and also conveys how much they feel driven towards his artistic production. Regarding the first play (in which many of today’s members participated, including the director), A Midsummer Night’s Dream was performed in the woods of the Federal University of Santa Catarina. The four open air performances were of great success and well received by the audiences. The 33 actors and crew members involved in the production were almost all students about to graduate, participating in a beautiful process of putting into practice all their knowledge accumulated in four years of performing arts studies. The production was made a part of the festivities for the first graduating class in Performing Arts at the university and brought together many of the members that today constitute the Elefants Theatre Company.

The director and creative head Márcio Cabral is an experienced professional who graduated in Drama at INDAC (Instituto de Arte e Ciência – Institute of Art and Science) in São Paulo, under the tutelage of Antunes Filho. Cabral used to be a substitute professor of Performing Arts at the Federal University of Santa Catarina, where he also taught classes in ‘Art Direction’; ‘Acting’; ‘Staging’; ‘Theatrical Make-up’; ‘Lighting’ and ‘Ethics and Aesthetics’ for five semesters, having been accepted by the institution as a professor right after graduation.

About the P Language

The P Language is a child’s game. One group of children communicate using it as another group tries to understand and, eventually, reproduce it. After each syllable, you add the letter ‘P’ together with the vowel that comprises that syllable. For example, if you have the word ‘teatro’, it becomes ‘te PE a PA tro PO.’

In this production the P Language is used to clearly mark the exact moment in which both Juliet and Romeo meet and fall in love, which is – as the theater group tries to symbolize – the very moment when they stop speaking the “P Language” and start speaking “as adults,” as if they’ve suddenly grown up. Similarly, the public also fails to grasp what they say in the beginning – while they still use the P Language – and, as time passes (and obviously they start speaking regular Portuguese), the audience starts understanding them. Juliet and Romeo have grown up in order to live their love story, and the audience is engaged through the usage of this technique.

In the last scene, when Juliet and Romeo talk to each other’s unresponsive bodies right before dying, they each revert back to the use of the P Language in one of their lines. It’s a moment of great emotion.

In the early stages of the production, while the actors were still doing table work right after a read-through, they came to understand something about the P Language; something that made them hold on to this idea, even though they knew it would mean a lot of work. They realized that this could be a way for them to play with the language, similar to what Shakespeare did. It would be a way to break away from the established language patterns and bring a vivacious atmosphere to their work, just like the Bard did when, for similar purposes, he brought Blank Verse, Rhyme, Alexandrine and Prose to Romeo and Juliet. The Elefants Theatre Company see the P Language as their humble way of imitating some of Shakespeare’s writing characteristics in a figurative and emblematic manner.

Special thanks to Lorenzo Lombardi and Marina Bento Veshagem for their collaboration and contribution, providing production details, background information, and transcription and translation support.

Highlight 1 of 3 – The meeting

The term “ficar” means – when used as a slang word – to kiss somebody just for one night, not to have a lasting relationship. The term is largely employed and is not offensive for children, although obviously it isn’t something they’d do.

This is a children’s game called “the ‘P’ language”. It’s originally a little simpler than the manner we use it in our production. Our way goes like this: after each syllable (just pointing out we divide the word in syllables in Portuguese differently than the way we do in English) we add the letter ‘P’ together with the vowel that compound that syllable so, for example, if we have the word ‘teatro’, we go ‘te PE a PA tro PO’, so, for the translation, we thought of doing pretty much the same. It would be something like that: ‘theatre’ ‘the PE a PA tre PER’ in which the sound of the vowel in the regular syllable must be the same sound in the ‘P’ syllable.
For this line it would be:
— Sepe compom mipinhapa vilpil mãopão
— Se com minha vil mão
— If with my unworthiest hand
— Ifpif withpith mypy unpunworporthipiestpest handpand

Highlight 2 of 3 – The sentence

Highlight 2 of 3 from Elefants Companhia de Teatro’s Romeu e Julieta – Shakespeare para todos (Romeo and Juliet) – The sentence (A sentença) – In Act 3 Scene 3, Romeo laments being banished from Verona by the Prince for killing Tybalt. Friar Lawrence tries to convince him things could be worse. Later, Nurse arrives and tells them that Juliet is very sad and crying. The Friar consoles her as well and tells them he has a plan to fix everything. less

Highlight 3 of 3 – The suicide

Highlight 3 of 3 from Elefants Companhia de Teatro’s Romeu e Julieta – Shakespeare para todos (Romeo and Juliet) – The suicide (O suicídio) – In Act 5 Scene 3, Romeo finds Juliet seemingly dead, not knowing that she is only sleeping. Friar Lawrence arrives too late to stop the young lovers from killing themselves. less