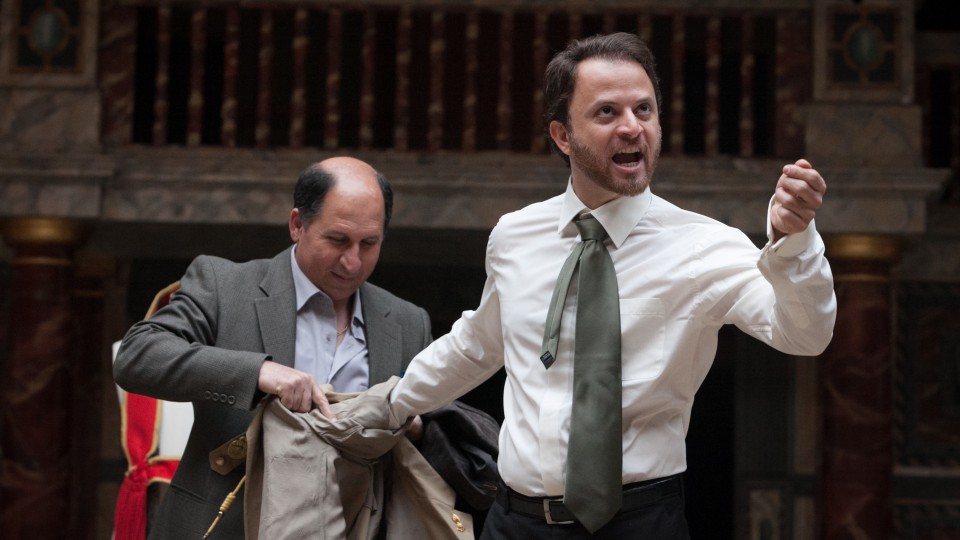 Performed in Palestinian Arabic by the Ashtar Theatre (with scene description in English). As Bolingbroke accuses Mowbray of treason and murder, and the two men prepare to fight a duel, King Richard intervenes and banishes them both from England. Already unpopular with his lords the monarch angers his supporters further by selling land to fund the disastrous war in Ireland. With the help of those alienated from Richard’s support, Bolingbroke returns to England with an army to seize the throne from the unpopular king in this modern day adaptation of the work. Read More