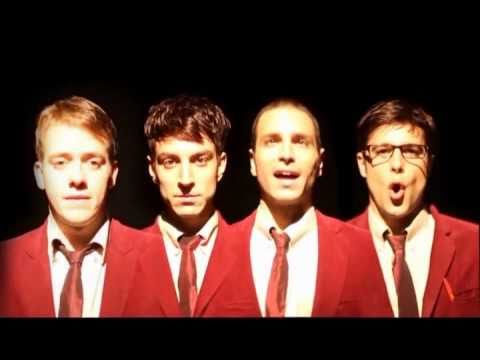 Joe Calarco’s hugely successful adaptation of Romeo and Juliet, Shakespeare’s R&J (1997), receives an inspired and vibrant production on the Brazilian stage. After a long season in Rio de Janeiro in 2011, R & J: Juventude Interrompida (R&J: Youth Interrupted), has been touring Brazil to both critical and public acclaim. Much as Calarco’s concise adaptation of Shakespeare’s tragic love story talks to everyone, the Brazilian rereading is young, astute and accessible, part of director João Fonseca’s project to do Shakespeare “in a simple, more essential way, so as to value even more what is said”.

In the same vein as Dead Poet’s Society, the story is set in the repressed atmosphere of an all male boarding school where four students engage in a clandestine reading of Romeo and  Juliet. As the boys express their repressed emotions and passions through Shakespeare’s verse, they start to merge with the roles of the characters in Romeo and Juliet, and the tale blurs the boundaries between reality and fiction. This metatheatrical dynamics allows the actors/students to explore ideas about romantic love, desire, sexuality and repression in both Shakespeare’s time and our own. Punctuated by pop music, the performances are sharp and well choreographed. Blackboards and classroom desks and chairs help create the ideal rigid ambiance for the boarding school. The small circular stage places the audience quite close to the action and provides an intimate setting  for the story of the star-cross’d lovers who were doomed to have their “youth interrupted”.