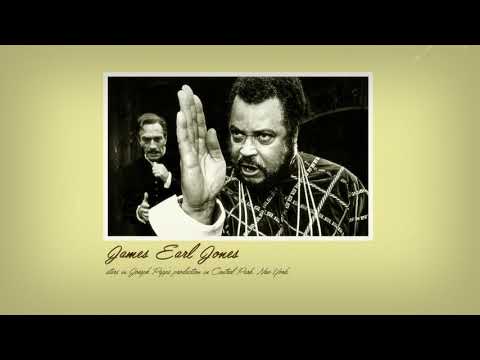 MOORE – a Pacific Island Othello is a retelling of Shakespeare’s Othello, set in the Pacific Islands at the crossroads of Race, Language, and American Empire. Directed by Justina Taft Mattos at the University of Hawaii at Hilo’s Performing Arts Center, the live-stream premiere of the production ran for 1 hour and 48 minutes at 2:00 PM and was performed in English, Japanese, Korean, and ‘Ōlelo Hawai’i on November 1st, 2020. Due to the COVID-19 pandemic, there was no physical audience in the theater space. The entire production was filmed incorporating the state of Hawaii’s COVID-19 safety protocols: masks, social distancing, and assigning “Ohana bubbles” to actors having physical contact with each other. With the impending 2020 presidential election, rising social unrest, and our present reckoning about systemic racism in the United States, we felt it was high time to revisit Othello and examine what the play means here and now in America on the 416th anniversary of the first recorded performance of Shakespeare’s play.

One of the main research questions the MOORE Project seeks to explore is: How do multiracial / multilingual translations and adaptations of Shakespeare’s plays affect the experiences of a diverse American audience? This was a question raised by Shakespearean scholar, Dr. Ayanna Thompson at the conference on Shakespeare and Social Justice in Cape Town, South Africa in 2019. During her presentation titled “Shakespeare and Blackface” / “Shakespeare and Unfreedom,” Dr. Thompson points out many of the historic and structural factors surrounding Shakespeare’s Othello that makes the production a trap for actors of color, seeking to play a role that many believe represents the pinnacle of one’s acting career on the Shakespearean stage. Rather than experiencing this high point of inclusion into the Shakespearean tradition, however, the actor of color playing Othello begins to realize that they are actually more like the butt of a joke: duped by Iago, whom because of the structure of the play, the audience often sympathizes with, combined with the fact that Iago has more lines than anyone else and will naturally spend more one on one time with the usually white director, all contribute to the sense of alienation the actor of color playing the title role experiences throughout the rehearsal process and the run of the show. By embracing the structure of Shakespeare’s play, changing the genders of the characters, giving voice to multiple languages spoken in the dialogue, and basically inverting Othello and Desdemona’s roles, we have sought to change this paradigm of alienation, while at the same time, keeping all of Shakespeare’s dramatic beats intact.

Purpose
The purpose of the MOORE Project is trifold: 1. To increase understanding of the ways Shakespeare has been translated, adapted, or appropriated to address the issues of race, language, and American imperialism in the Pacific. 2. To create a dialogue with students and educators across the United States around some of the most fraught and challenging subjects in America’s current political moment by hosting a live-stream performance of Shakespeare’s Othello (set in the current presidential administration) two days before the 2020 presidential election. 3. To collect data and analyze the ways multiracial / multilingual Shakespearean adaptations are being received by a diverse sample of American audience members and how those adaptations affect audience understanding of Shakespeare’s play. All survey forms are anonymous and all data from the responses are incorporated into my dissertation research. Like the American legacy of colonialism, slavery, women’s suffrage, the civil rights movement, and the ever-increasing demographic shift towards a minority-majority in a country founded and made stronger by immigrants, the legacy and plays of William Shakespeare are part of the American story too and belong not to a privileged few, but to each and every one of us. Enjoy the show and please take a few moments to fill out our brief survey afterward.

Playwright’s Bio:
Kepano (Stephen) Richter is a former United States Marine, a novelist, award winning playwright, and filmmaker. He is currently a PhD. Candidate at the University of California at Santa Cruz.
(More info)

Iago and Desdemona “At least the injectables work”

The University of Hawaii at Hilo in collaboration with the University of California Santa Cruz present, MOORE – a Pacific Island adaptation of Shakespeare’s Othello. The world streaming premiere of...more

The University of Hawaii at Hilo in collaboration with the University of California Santa Cruz present, MOORE – a Pacific Island adaptation of Shakespeare’s Othello. The world streaming premiere of MOORE takes place on the anniversary of the first recorded performance of Othello (November 1st 1604).
https://mooreworldpremiere.sites.ucsc.edu/