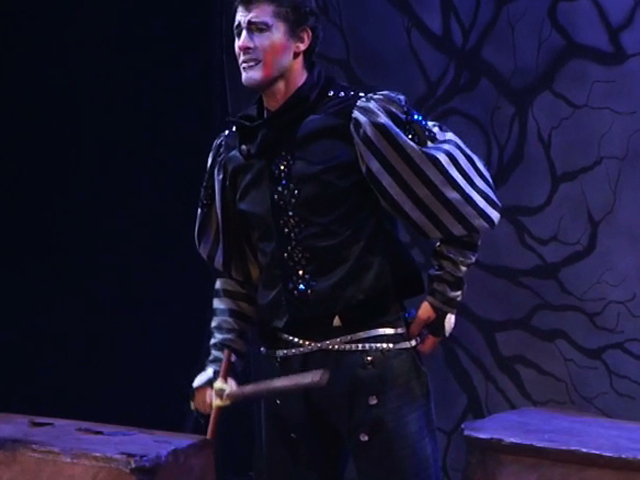 In their third adaption of Shakespeare, Cia Vagalum Tum Tum transforms Hamlet into a comedy for young audiences in O Principe da Dinamarca.  The action takes place in an abandoned graveyard where two amusing grave diggers, called “To Be” or “Not To Be”, decide to relive the story of the Prince of Denmark. The subject of death in the form of murders, suicide and violent revenge is treated humorously: all characters are dead and it is their skeletons that tell and enact the story of a prince who wants to revenge his father’s death. Blending elements of clowning,  the humorous skeletons dance, play instruments, sing and perform. Read More 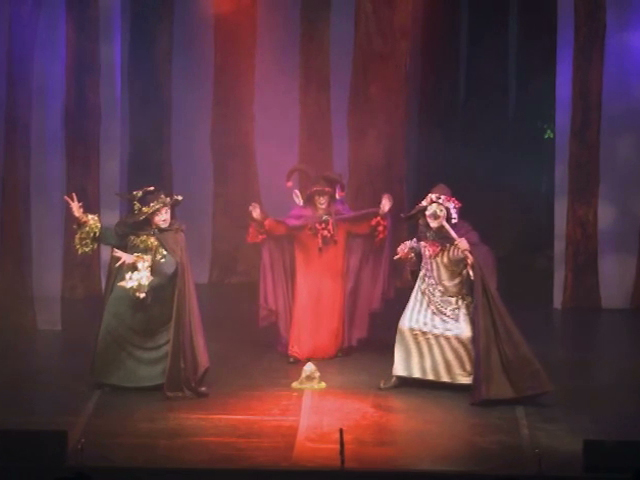 Bruxas da Escócia (The Witches from Scotland) is Vagalum Tum Tum Theatre Company’s fourth stage adaptation of Shakespeare for children. In the same approach of Vagalum’s earlier comedic adaptations, Bruxas da Ecócia amalgamates physical theatre, clowning and, Commedia dell’Arte techniques with Shakespeare’s narrative. In acrobatic numbers, clowns enact and embody Shakespeare’s play physically so that it communicates easily with a young audience. Macbeth is a clumsy and irresolute general married to a very determined and scheming Lady Macbeth. The actors explore the double side of the protagonist well: brave and coward; ambitious and yet hesitant to succumb to evil. Moving up from the title of The King’s Best Friend to Monarch, Macbeth suffers through some shameful and humorous situations. The tragic elements of Shakespeare’s text are transformed through the lens of the clown and yet retain the fundamental themes of the source text. Macbeth’s victims are catapulted to their deaths, the forest moves and is treated as a character and the vibrant music, composed by Fernando Escrich, is played and sung onstage by Vagalum’s resourceful actors. Read More 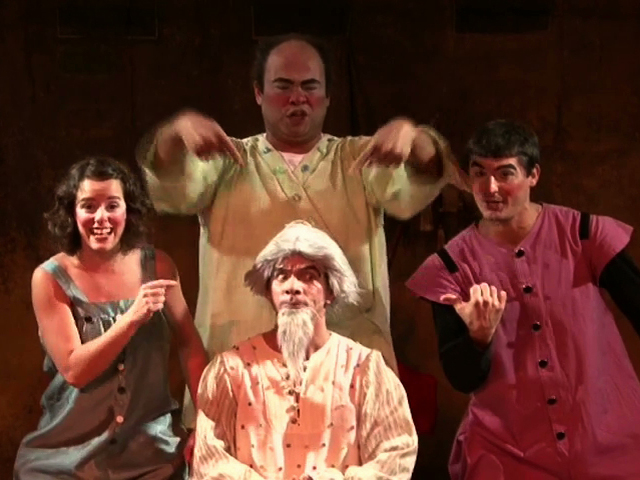 O Bobo do Rei (The King’s Fool) transposes the tragic elements from King Lear into Commedia dell’Arte Stock characters. King Lear carries characteristics of the old cantankerous Pantalone, but also displays the lyricism of of an aged man who has to overcome his biggest tribulation yet to reach wisdom. Goneril and Reagan become female Brighellas, scheming and vindictive. Cordelia is performed in the style of the romantic Inamoratti. The court jester is Arlequino, intelligent and witty enough to pass as fool, the fool is the voice of wisdom and truth. The story is told from his perspective. Read More 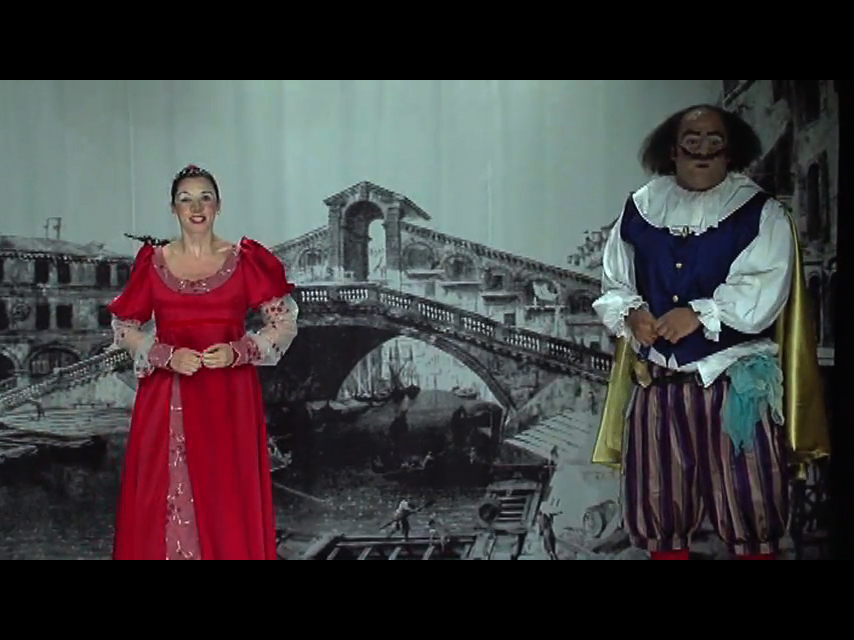 Othelito (2007), adapted and directed by Ângelo Brandini, is a stage re-visitation of Shakespeare’s Othello, the Moor of Venice from the point of view of comedy. The main characters become commedia dell’arte archetypes: Othelito is the Captain, a fearful fellow who is always boasting his achievements. Brabantio becomes a Pantalone of sorts, a cantankerous old miser. Iago is Briguela, the crafty villain. Cassio and Desdemona are the Enamorados, typical romantic characters. Read More