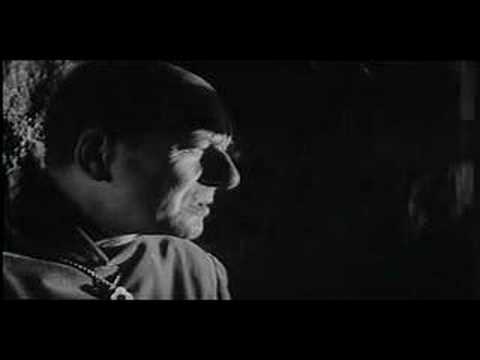 Chimes At Midnight Trailer
prev next

Orson Welles’s Chimes at Midnight is a pastiche of the Falstaff plays. The film reorganizes dialogue from these texts to reposition Falstaff (played by Welles) as a tragic hero lamenting the loss of his youth. Kenneth Rothwell explains that, as a tragic hero, Falstaff acquires a tragic flaw: “the disease of ‘not listening’” or not understanding Hal’s rhetorical language (86). Though Chimes initially received poor reviews (Anderegg 137), the film is now regarded as an insightful adaptation that explores themes of nostalgia, power, greed, ambition, language, and friendship.

Despite its influential status, Chimes is plagued by technical flaws. For example, an audio track was lost during the editing process and Welles was forced to re-dub the dialogue for several scenes, resulting in frequent disjoints between the performers’ lip movement and the sound of Shakespeare’s words. Michael Anderegg has argued that these flaws merely emphasize the “constant tension between what we see and what we hear,” a tension that comes to symbolize the disjoint between Hal’s rhetorically enforced political strength and Falstaff’s weak, mumbled buffoonery (130). In other words, these infelicities contribute to themes already established by the film’s more intentional cinematography.

Welles’s camera work encourages the audience to sympathize with Falstaff by manipulating what the audience sees. Long distance shots repeatedly emphasize Falstaff’s social isolation, while close-up shots highlight his emotional desolation. In the penultimate scene, when Hal (Keith Baxter) becomes king and banishes Falstaff, Welles alternates between shots that look down pitifully on Falstaff and then gaze up awfully at the stately king. In these shots, Welles minimizes the visibility of Hal’s stony facial expression by dominating the frame with ceremonial regalia, but highlights Falstaff’s mystified look with the bare background of the castle floor. In this way, the camera encourages the audience to build more intimacy with Falstaff than with Hal.

Rothwell, Kenneth S. “Orson Welles: Shakespeare for the Art Houses.” A History of Shakespeare on Screen: A Century of Film and Television. 2nd ed. Cambridge: Cambridge UP, 2004. Print. 69–90.