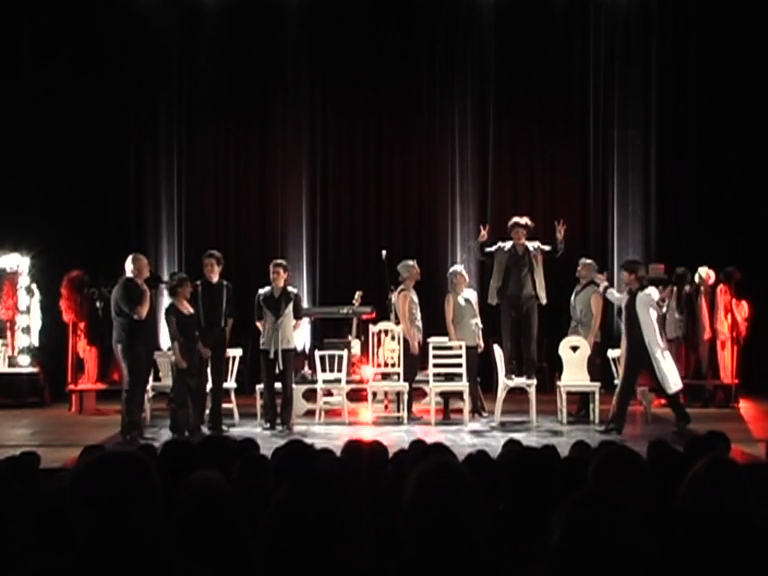 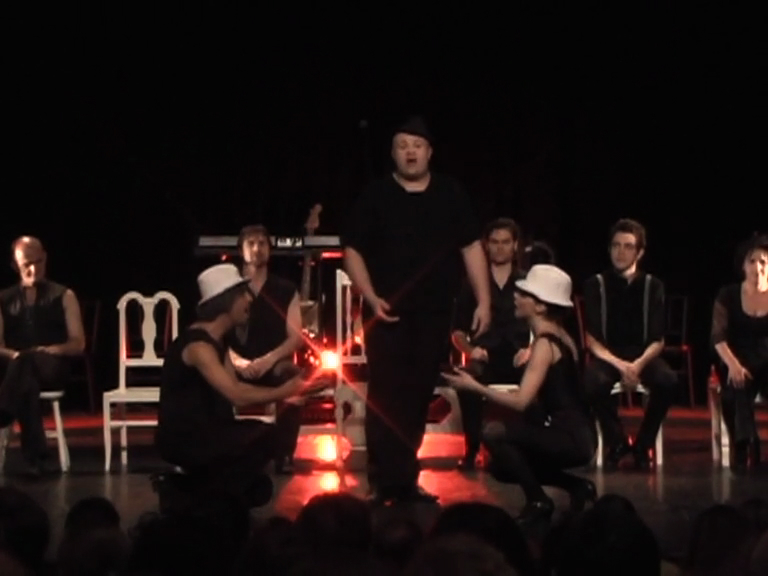 A megera domada (2008) is a stage adaptation of Shakespeare’s The Taming of the Shrew (1592), produced by Cia. Rústica  (Rustic Theatre Company) based in Porto Alegre in the state of Rio Grande do Sul. The production, directed by Patrícia Fagundes, is part of a project entitled “In Search of Shakespeare” (“Em busca de Shakespeare”), which includes Macbeth, the Bandit Hero (2004) and A Midsummer Night’s Dream (2006). Since its inception, the guideline of the project has been to create a festive, popular Shakespeare, developing  contemporary artistic languages for staging his plays. The performance  A megera domada (2008) underscores not only on the war of the sexes, but also the process of individual identity building, exploring the characters’ dilemma between what they want to be and what others want them to become. The setting of the production – a tango show house mounted onstage –, alludes to the Shakespearean induction that confers the status of a play within the play to Shakespeare’s comedy. The actors, who have musical training, play live music when not acting.

In the program of the production, the notion of “festivity”, in the sense the members of the group use it, is conveyed: “In a technological society, where entertainment is produced on an industrial scale, where the image as fetish prevails and the spectacular permeates social life, theater constitutes almost an anachronism. The theatrical event is an ephemeral phenomenon that happens between actor and spectator, in the here and now, without the necessity of technical artifacts to mediate this relation, demanding the presence of human beings in the exercise of some form of interchange. It is precisely in this specificity that the relevance of the theater in our time resides, since it offers a unique experience of plural exchange, a unique adventure where we face our mortality and regenerate our perceptions. This possibility in various aspects can be associated with the notion of festivity: a suspension of daily life in which we are free to celebrate our humanity, communing with the other and with the cosmos. The Elizabethan theater was festive par excellence and today remains a model and an inspiration”.

Further information on the project “In Search of Shakespeare”, by Cia. Rústica, can be found on the website <https://ciarustica.com/em-busca-de-shakespeare/>.

A Megera Domada (The Taming of the Shrew) : Full Video