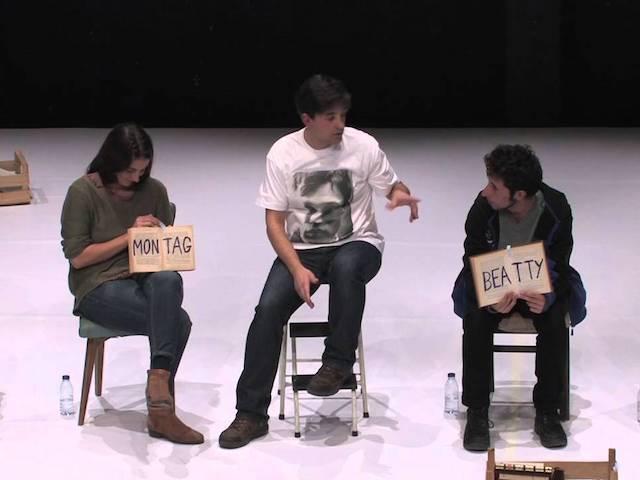 In By Heart, a poem is taught to ten people who had never seen the show before and had no idea that they were about to memorize something in front of an audience. Tiago Rodrigues teaches them lines while he tells stories about his grandmother and reads excerpts from other texts, from George Steiner to Boris Pasternak. Learning something by heart is described or perceived as an act of resistance, and Steiner is quoted: “When ten people know a poem by heart there is nothing the KGB, the CIA or the Gestapo might do. This poem will survive.” Read More 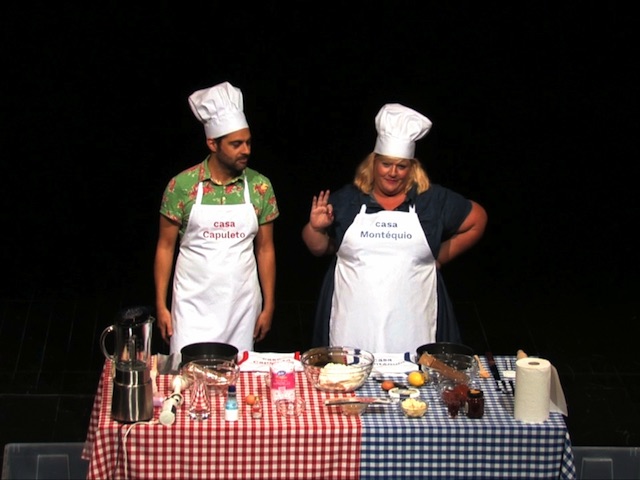 Based on the classical love story from William Shakespeare, the actors tell the story of this ill­-fated romance, mixing it with a cheesecake that takes the name of the protagonists. The blood of the lovers is guava jam, the sword fights are conducted with spatulas and a bite of a Rich Tea biscuit can be a delicious alternative to a broken heart. After the success of Hamlet sou eu and Granda Pinta, Teatro Praga are returning to Teatro Maria Matos with a surprising interpretation of Shakespeare’s classic play. Read More 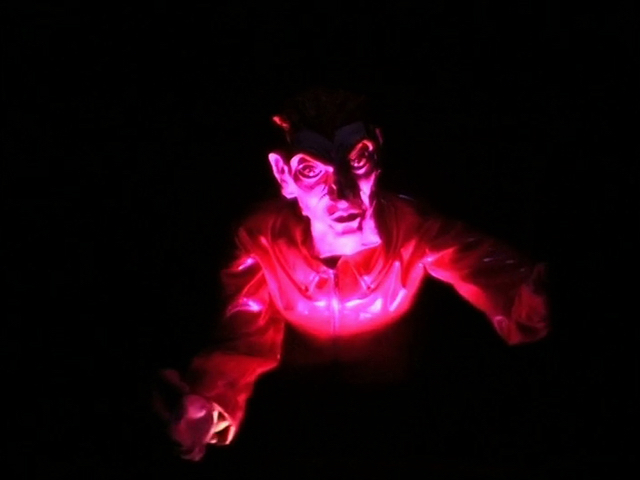 Darkness and red lighting kicks off the murderous and phantasmagorical mood in this puppet theatre production of Macbeth. Although hardly noticeable in the video recording, a horde of idle, motionless puppets furnish the venue, surrounding the audience – and like the audience and like Macbeth, look on, unable to dissuade fate. Puppeteering is, on many levels, a rather fitting form of staging the Scottish Thane-Become-King. Read More 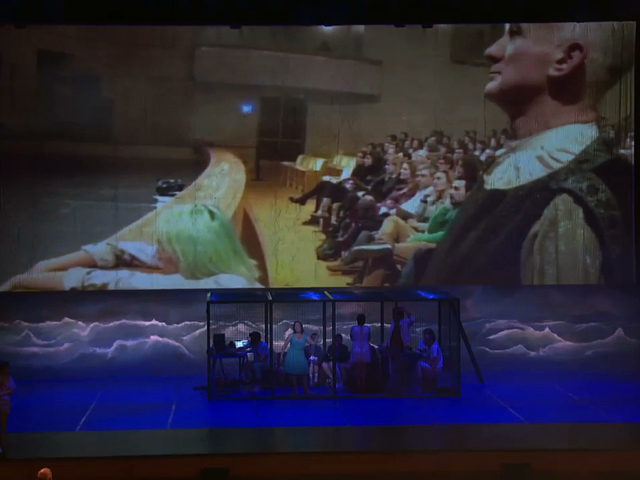 A performance by Teatro Praga. Based on William Shakespeare’s The Tempest and Henry Purcell’s The Enchanted Island. Critics have observed how, in The Tempest, Shakespeare presents an island in which the virtues and flaws of characters are highlighted. This is the reason the island differs from character to character, depending on their past, personality, and intentions. The island depends on the personality of each person, which is why some have bad dreams and others good ones, some see images of usurpation and others a paradise island. As Harold Goddard puts it, “To innocent senses the isle itself is pure loveliness; to corrupted ones it is no better than a swamp”. Or, as Northrop Frye argues, “In this island the quality of one’s dreaming is an index of character”. Likewise, in Teatro Praga’s adaptation of The Tempest we see ourselves. Read More 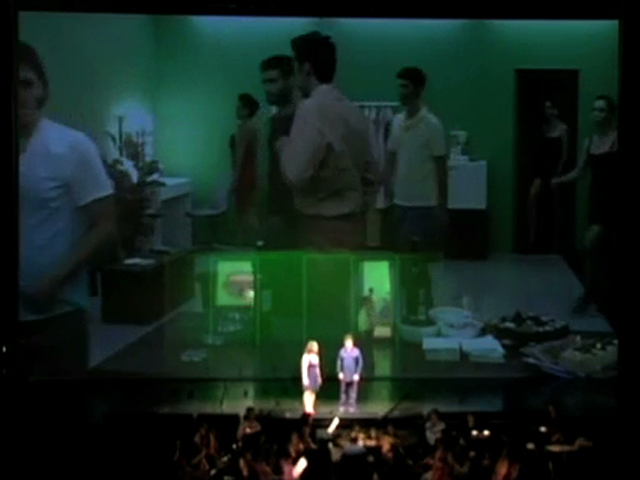 In the program notes that accompany Teatro Praga’s production of A Midsummer Night’s Dream, members of the audience discover that what they are about to see “is a celebration in the pursuit of happiness and a tribute to power to the sound of Purcell and with a contemporary flavor, our flavor”. The notes further describe how “the production wants to provide enjoyment and relaxation” as, after all, “Why theater when all you want to think about is Summer and Love?” Those sitting in the theater will soon discover that this is not what one would consider a traditional adaptation of Shakespeare, in the sense that the text has been erased and rewritten, while Purcell’s Fairy Queen and a number of contemporary plastic artists have been called upon to reinterpret the bard’s work. Read More 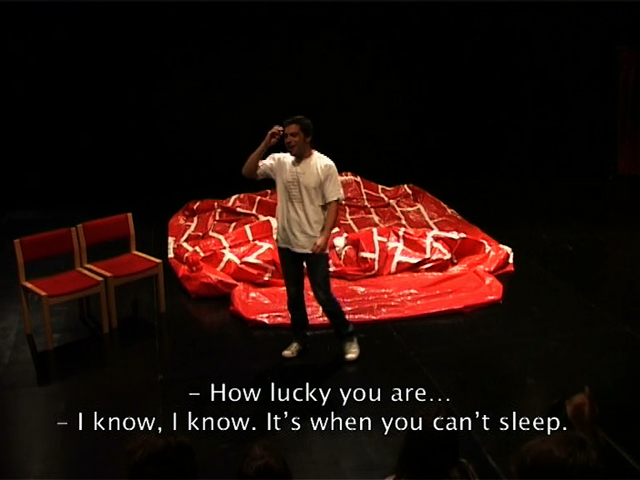 In this children’s production of Hamlet, “to play” implies amusing or entertaining oneself while hearing a story, but also pretending to be someone else. These two ways of experiencing theater – observing it from the audience’s perspective and playing a role in it – have been joined together so that the children realize what it truly means, as the title of the show indicates, for one to be Hamlet (“Hamlet sou eu” [“I am Hamlet”]). Read More 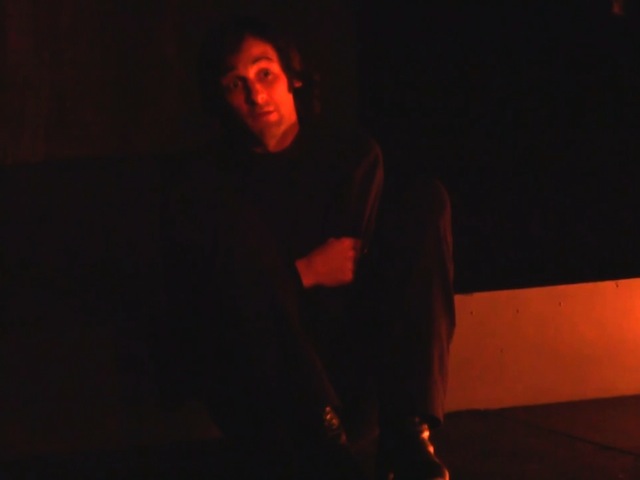 Teatro da Garagem’s production of Hamlet, staged by Carlos Pessoa, trusts in minimal resources: the actors are mostly dressed in black and there are very few props. The set contains only a large wooden box which the actors move around several times in order to rearrange the space according to the scenes, so the box can be a stand where the characters sit to watch the play and a grave which hides half of the gravedigger’s body before the remains of Yorick pop out. Read More 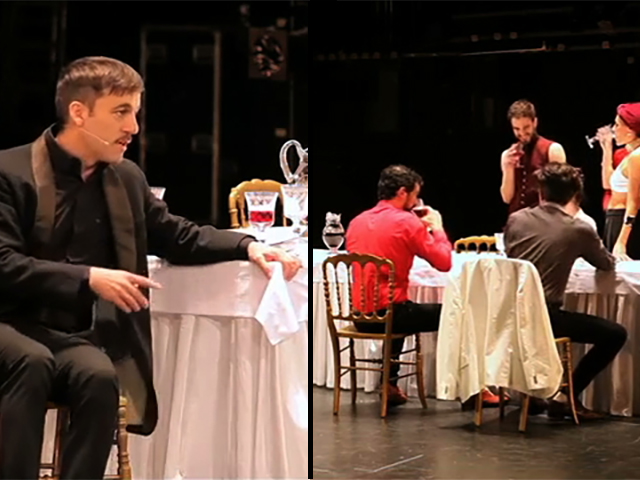 Mala Voadora is well known in Portugal for the way it questions theatrical mechanisms, which is why it usually chooses contemporary texts over a classical repertoire. For their first Shakespeare, the company asked Fernando Villas Boas, one of Portugal’s main translators of the author, to write a version of Hamlet’s First Quarto (also called the “bad quarto”), which had not been previously translated. The text was then cut and adapted for the stage with some changes (lines of Hamlet were included and minor scenes were rewritten so as to create an organic whole). Read More 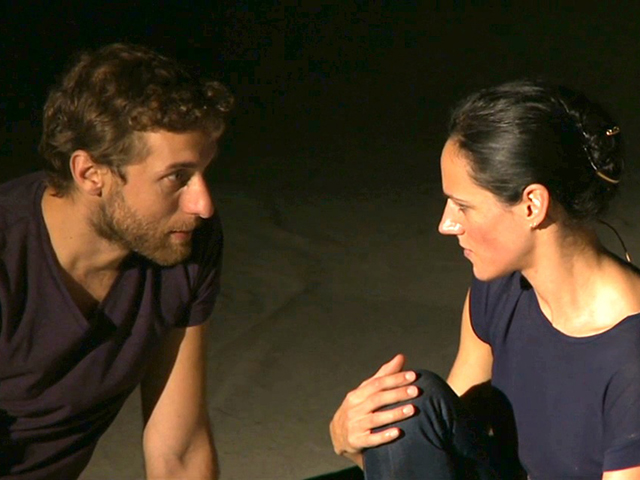 Two Portuguese choreographers – Vítor Ruiz and Sofia Dias – were chosen to impersonate Antony and Cleopatra in this adaptation, in which Tiago Rodrigues creates his own text, borrowing freely from Shakespeare’s play and Plutarch’s Parallel Lives. In this show, both actors are on stage: Sofia describes Antony’s behavior, while Vítor characterizes Cleopatra, their lines representing what each character sees, says and does, so that what is usually left off stage – the text’s didascalia – has here been integrated into the text. Read More