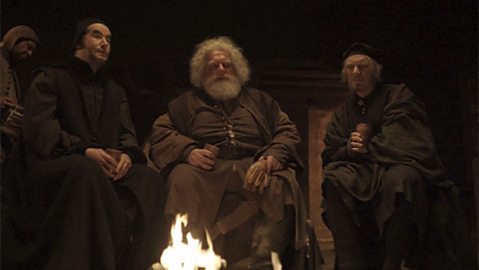 Henry IV, Part 2 is the third of four episodes in The Hollow Crown TV series aired in 2012 and produced by Sam Mendes. Richard Eyre directed this adaptation of William Shakespeare’s play and adapted the screenplay. The other three episodes are: Richard II; Henry IV, Part 1; and Henry V. Read More 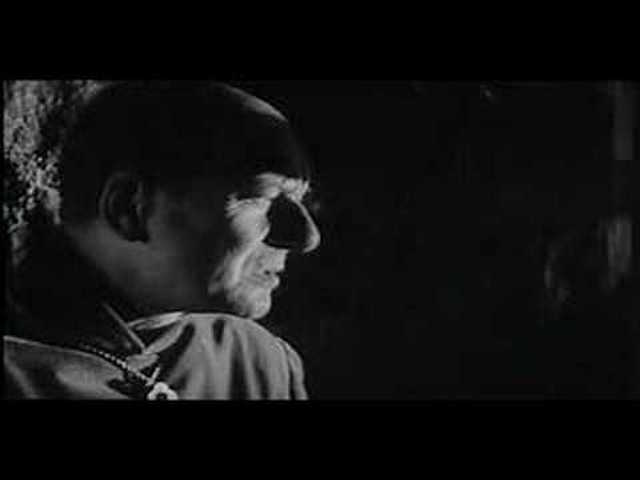 Orson Welles’s Chimes at Midnight is a pastiche of the Falstaff plays. The film reorganizes dialogue from these texts to reposition Falstaff (played by Welles) as a tragic hero lamenting the loss of his youth. Kenneth Rothwell explains that, as a tragic hero, Falstaff acquires a tragic flaw: “the disease of ‘not listening’” or not understanding Hal’s rhetorical language (86). Though Chimes initially received poor reviews (Anderegg 137), the film is now regarded as an insightful adaptation that explores themes of nostalgia, power, greed, ambition, language, and friendship. Read More

In post-independence India an Anglo-Indian teacher, Violet Stoneham (Jennifer Kendal), lives a quiet and uneventful life at 36 Chowringhee Lane in Calcutta, now Kolkata. Her brother Eddie (Geoffrey Kendal, Jennifer’s father in real life) is senile and ailing in a nursing home. After the marriage of her niece Rosemary (Soni Razdan), she is alone except for her cat, Sir Toby. Her only joy in life is teaching Shakespeare, despite the lack of interest from her students. Read More