How Shakespeare Cures a Stuttering King 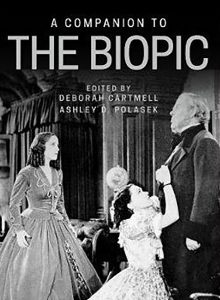 The King’s Speech (dir. Tom Hooper, 2010) portrays a figure that suffers from speech impairment. Lines from Shakespeare play an important role in scenes about speech therapy in The King’s Speech.

Having worked with multiple therapists without any result, Bertie (Prince Albert, Duke of York, later King George VI), a stutterer, is reluctant to receive treatment from Lionel Logue. In their first session, Logue bets Bertie a shilling that he can in fact read without stammer right away, and he would record his speech as evidence. Logue puts headphones on Bertie and asks him to read Hamlet’s “to be or not to be” speech into a Silvertone Home Voice Recorder. However, music is blaring through the headphones. Not only is Bertie not able to hear himself, the film’s audience too can only hear the Overture from Mozart’s Marriage of Figaro with increasing volume on the soundtrack. From Bertie’s point of view, the music is only blaring through the headphones he is wearing. He cannot hear himself, but Logue can. The film recreates the discrepancy between seeing and hearing, which Bertie is experiencing, by placing us the audience in the visual perspective of Logue who is present in the room but gives us Bertie’s aural perspective where the music drowns out his recitation. Believing that he has failed again and humiliated himself, Bertie stops half way and decides to leave without listening to the recording, only to be persuaded by Logue to take the record home as a souvenir.

Logue does not choose Shakespeare out of the blue. The Australian speech therapist is an amateur Shakespearean actor while in Australia. Logue plays educational games with his children reguarly. The kids have to guess the Shakespearean character and play he is portraying.

Two observations can be made of the particular speech’s function in the cinematic narrative about disability. First, the scene signals that Hamlet is part of the collective memory of the British and Commonwealth cultural realm—an Australian speech therapist working with a British monarch with dwindling significance in the modern world. As Terence Hawkes argues, phrases and ideas from Hamlet have been so deeply embedded in everyday speech that it operates simply as “a web of quotations.” As a “universal cultural reference point,” speeches from Hamlet function as “a piece of social shorthand.

Secondly, this scene is part of an emerging cinematic tradition of tapping into a perceived curative quality of Shakespearean texts. The “to be or not to be” speech is familiar enough to most audiences to have an impact. It serves as an index of intelligence despite Bertie’s speech impediments. It is part of what Geoffrey Ridden calls a process of “Shakespearization” in fragmentary uses of Shakespeare as social shorthand in recent films. The same speech features prominently in My Left Foot (dir. Jim Sheridan, Ferndale Films, 1989). The doctor brought the speech to the protagonist Christy Brown and asks him to learn it. Born with cerebral palsy, Brown struggles with the daily speech and particularly the passage from Hamlet. The theme here, similar to The King’s Speech, is a philosophical investment in Shakespeare’s therapeutic value and a demonstration that even patients with voice disorder can recite the lines from Shakespeare.

Through Shakespeare’s curative power and Logue’s therapy, it seems that Bertie can be enabled by radio technology like his father, paralleling Hamlet’s journey, and, more importantly, consolidate and sustain the image of the Empire and British identity.

While Logue’s experiment might work even if the text is not Shakespearean (since the key is isolation of the potentially stuttering subject from any disturbing feedback), Shakespeare here has important symbolic value. The King’s Speech appropriates Shakespeare’s cultural capital in this therapy scene. There are other cinematic instances where Shakespearean texts are bestowed curative power, such as the stuttering Chorus in Shakespeare in Love (dir. John Madden, 1998) who, as he moves along in delivering the Prologue of Romeo and Juliet his stammer gradually disappears. Eventually he is able to finish reciting the speech in front of the live audience.

King George VI reads the most iconic passage from Shakespeare, “to be or not to be.” At the end of the day, the English canon does not matter when self identitie is always already artificially constructed. It is a prosthetic device.

Excerpted from:  Alexa Alice Joubin, “Can the Biopic Subjects Speak? Disembodied Voices in The King’s Speech and The Theory of Everything.” A Companion to the Biopic, ed. Deborah Cartmell and Ashley D. Polasek (Chichester, UK: Wiley-Blackwell, 2020), 269-282. Full text.