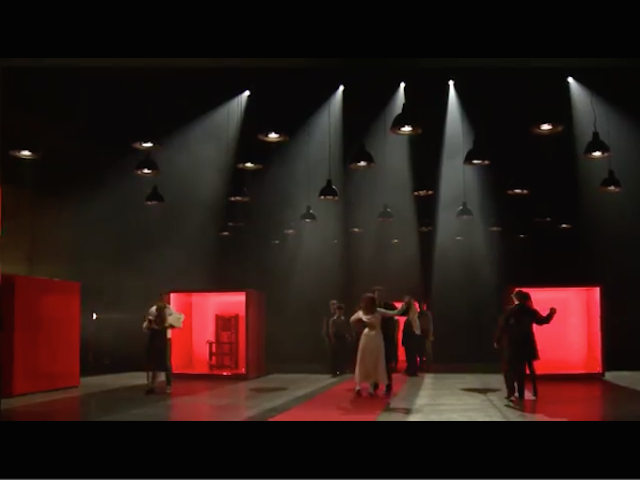 This production of Measure for Measure by Cheek by Jowl was first staged at the Pushkin Theatre in Moscow, the fifh of Cheek by Jowl’s internationally touring Russian productions (following Boris Gudonov, Twelfth Night, Three Sisters and The Tempest). Cheek by Jowl produce work in English, Russian and French, and are widely regarded as one of the most important European theatre companies of the past thirty years. This is the company’s second production of Measure for Measure, the first in Russian, and many reviewers understood the modern-dress production to be a comment on surveillance and oppression in contemporary Russia. Read More