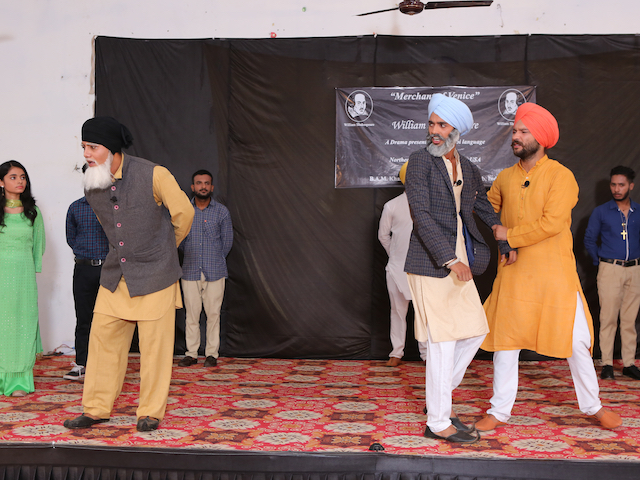 The Punjabi production of The Merchant of Venice was directed by Vijeta Saini, a graduate student at Northeastern University, in collaboration with B.A.M. Khalsa College, Garhshankar and its student run theatre group, The Struggler Theatre Group. The first performance of the production was staged on September 2, 2019. The staging of the play came into being and was driven by the question, “How do people see Shakespeare in Punjab?”. The director, intrigued by the wide-spread presence Shakespeare in Punjab, aims to explore what does the audience finds eccentric, fascinating or relevant in the play with respect to their culture, and how does it affect their reading of the play. To study these aspects of intercultural spectatorship, a survey was conducted after each of the four performances of the play, and interviews were organized with cast members and willing spectators. Read More