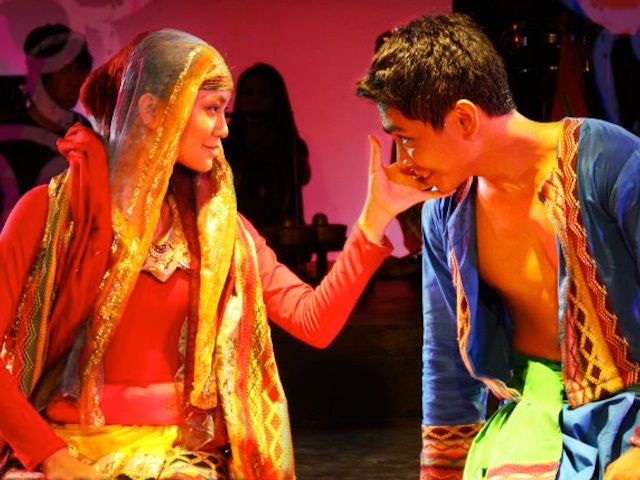 Sintang Dalisay was staged by Tanghalang Ateneo and the Ateneo Fine Arts in Kota Kinabalu, Sabah, Malaysia November 1-4, 2017, and directed and adapted by Ricardo Abad (with Guelan Luarca). Read More

This adaptation of The Taming of the Shrew is one of three significant Filipino productions based on Shakespeare’s works. The other two are a 2004 A Midsummer Night’s Dream starring Ron Capinding as Nick Bottom and the 2011-12 version of Romeo and Juliet called Sintang Dalisay.

Ang Pagpapaamo sa Maldita is set in 1910 Bicol during the colonization of the Philippines by the United States (1898 – 1946). Katherina is portrayed as a headstrong Bicolana while Petruccio is an arrogant and pompous American.