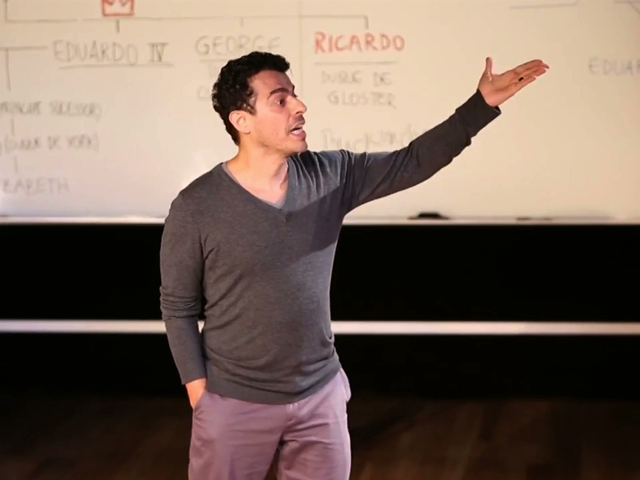 Gustavo Gasparani and Sergio Módena adapted William Shakespeare’s Richard III into a one man show with Gasparani playing 26 different characters. The text was reworked into a script that introduces a Narrator who conducts the plot and resorts to omissions, additions and interpolations. There are no changes in terms of time or setting. Simplicity sets the tone of the production; set and costume design elements are reduced to a minimum, to stimulate the audience’s imagination. The resources employed aimed at adding a touch of humor and lightness to the story, as well as resonating with the reality and the collective imagination of Brazilian audiences. Read More